Why does popular music change? Why do we, as creators and consumers of music and culture, rebel against what appears to be harmonious and correct? Although the answers to these questions may be many, the musical soundscape of Seattle during the early nineties gives an insight into how the modern generations consume their ever-changing fads. Grunge music started in the mid to late-eighties in the garages of Seattle and epitomized everything mainstream rock at that time did not. After gaining popularity, this genre became trendy in the early nineties and eventually was turned into a culture fad that spread commercially across the US.

From the generation-defining guitar playing of Jimi Hendrix to the furious riffs first struck by Kurt Cobain, music from Seattle has proven to be both timeless and influential. The city’s most iconic sonic-movement, however, was Grunge. Starting as a fusion of punk’s energy and excitement with metal’s heavy sound, Grunge quickly formed its own identity. Key groups in the early grunge movement include, but are not limited to, the Melvins, Mudhoney, Green River and the U-Men. The early Grunge bands are not given nearly enough credit for the formation of the genre due to the commercial success of their successors, but many had direct influences on later bands and often continued to tour with them.

Many groups achieved commercial success in Grunge, but four stand out above the rest: Nirvana, Alice in Chains, Soundgarden and Pearl Jam. What made the grunge movement so unique was that, in addition to coming from the same city, all were acquaintances and often played together either while in different groups or in previous years. Other key aspects of the movement were unkempt appearances consisting of everyday clothing and very few stage antics, both of which clashed with what mainstream rock up to that point had been about.

Grunge is a perfect example of how our preferences for music can shift drastically over a short period of time within one genre of music. While the eighties rock scene was about everything being bigger and flashier, the Grunge movement quickly took the genre back to being about the music. Although change in presentation was instrumental for this shift, the most important aspect to the change came from the music itself. Grunge is heavier, more complex and more emotionally driven than the metal, popular throughout most of the eighties. Without going into detail, overall themes in the music shifted from the glamour/partying lifestyle of the eighties metal bands to darker songs driven by personal issues such as drug abuse. The drug culture played an important role throughout the music movement, but particularly in Grunge as it ended up dismantling it by separating groups with members who were using the drugs heavily and eventually by killing key figures in the movement.

For Generation X-ers, male grungers represented all that is good in men. They were the fabled “New Men” with the volume turned up to 10, gentle-natured but discordant and angry. The women were intelligent, non-conformist, cool. Each took the best aspects of their opposite gender and retained the best of their own. Grunge took back loud music from poodle-rock and gave it a heart, soul and brain. It married a love of noise with thoughtfulness and sensitivity, putting a trash soundtrack to lofty principles and uncommon education. It turned old paradigms on their head, like the one that said rock music was made by “real men” and feminism was for ball-busting harpies and emasculated weirdoes.

Grunge wasn’t nihilist or moany – they really did want a better world for everyone. It was misrepresented as being self-absorbed, but actually addressed big themes, things outside the artists’ private concerns – a rare thing in popular music.These bands weren’t restricted by the limits and ideologies of genres like punk, which insist that you write certain kinds of music and lyrics. They didn’t recycle banal cliches but tackled weighty subjects – one could almost describe Soundgarden, for instance, as existential. 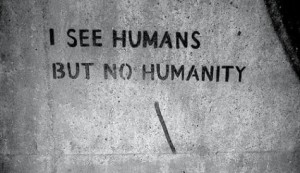 Most grunge bands were politically active. Lollapalooza combined music with information stalls on everything from organic food to voter registration. Pearl Jam fought a ruinous battle with Ticketmaster and refused to make promos; Nirvana constantly antagonised their new, macho audience.

It was a long way from Axl Rose thrusting his crotch in your face on MTV, and of course it couldn’t last. Grunge was replaced by frat-boy rock, pimp-wannabe gangsta rappers and hyper-sexualised Britney/Barbie dolls.

Although the Grunge movement was extremely popular and is still remembered today, it was relatively short lived. Very quickly, the music of Seattle travelled across the United States by way of MTV, and Grunge became a fashion statement/trend in addition to a style of music. Encapsulating the commercialization of the Grunge movement, top designers from New York began to create clothing lines in the “grunge style”, but sold them for hundreds of dollars. It was factors such as this as well as not wanting his music to become commercialized that caused Kurt Cobain to famously wear his “grunge is dead” t-shirt. Unfortunately, as the music industry always does, it commercialized Grunge because it was what was trendy. Through this commercialization, profit instead of good music became the main objective for producing; and fashion industry gained their new muse.

The irony is that fashion can’t capitalize on grunge, though it certainly tries to capitalize on Grunge, in the way it regularly adopts a phenomenon from the street, chews it up then spits it out 10 times the price. Marc Jacobs’ spring 1993 “grunge” collection at Perry Ellis made headlines, but to the

Seattle backlash it was already a parody of itself and, anyway, it got him fired. Only the conceptual designer Martin Margiela understood this fundamental shift. His runway collection that year used existing materials: a pile of shirts bought at a surplus store.

That doesn’t stop fashion labels from attempting revivals; last fall, with expensive plaid so-called grunge layers (Saint Laurent) and loose, patched jeans (Junya Watanabe) and this spring at Madewell, in pairs of medium-blue, torn and patched jeans by NSF and cult Japanese denim brand Chimala that look a lot like the ones Cobain wore on that MTV red carpet. A Normcore steal at $500 a pair.

James Truman, the editor in chief of Details, the young men’s style magazine that is taking grunge to the masses, said: “To me the thing about grunge is it’s not anti-fashion, it’s un fashion. Punk was anti-fashion. It made a statement. Grunge is about not making a statement, which is why it’s crazy for it to become a fashion statement.”

For all grunge lovers out there, grunge isn’t ripped jeans or a plaid shirt; if it’s anything, grunge is a state of mind, an approach to getting dressed that isn’t buying the right stuff. It can’t be bought, and it won’t be sold.  It is state achieved when the vain attempts to look good are overpowered by the instinct to put forward a word, or try your damned best to make a change.

PS : As promised, I’m going to be adding a small playlist along with every post i write. They are just the songs that kind of enhance the theme I would be talking about.