“Subcultures are meaning systems, modes of expression or life styles developed by groups in subordinate structural positions in response to dominant meaning systems, and which reflect their attempt to solve structural contradictions rising from the wider societal context” says Michael Brake. The significance of subcultures for their participants is that they offer a solution to structural dislocations through the establishment of an achieved identity – the selection of certain elements of style outside of those associated with the ascribed identity offered by work, home, or school. He suggests that the majority of youth pass through life without significant involvement in deviant subcultures. He says that the role of youth culture involves offering symbolic elements that are used by youth to construct an identity outside the restraints of class and education.

In common tongue, You can define subcultures as putting forward a particular statement for your personality. Being bold and showing what you are. The youth came together to make the movement, about their emotions and were not ashamed to show them.

Today, life is too large a phenomenon to define in one emotion or one movement of one revolution. The emotions too widespread, the need to make a statement in all forms, too strong.We are all too busy earning money and fame and we don’t mind letting go of our personality if we have to. I don’t think any of us are really who we say we are. We can bend, and change and even turn who we are completely if requisite. and in general, it is required. So where do we really stand? What are you, as a person what do you like, what do you not like? Are you a rebel, or an introvert, or a real professional? 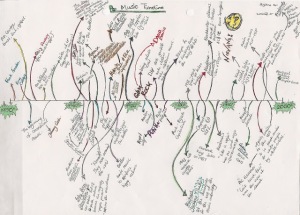 The older generations, the decades as we call them in fashion, were the significant times, don’t you think? People defined themselves, they knew who they were and that is precisely why they were not afraid to show it. They were discovering new things and were enthusiastic about it. If it was the disco, it was a full on disco, and if it was the Goth, they were full on Goth They had a thing called fortitude, and the will to bring it forward. They had an opinion and were unafraid to put it forward, even if it meant letting go of their jobs, or even their families.

Style-world insiders are no less wistful recalling those days. “Fashion was its own club; it was personal,” said Ms. Fish, an independent producer of fashion shows. “Behind the scenes, people were talking to each other.” And icons of the day, Kristen McMenamy, Amber Valletta and Ms. Moss, “were not getting their lips done by François Nars while checking their iPhones.”

A nostalgia for that sense of intimacy and belonging is pervasive on the Internet. “Teenagers today don’t know what it’s like to listen to new bands on the radio, then go to basement shows with friends to check them out,” said Lauren Brown, whose blog fashiongrunge.com celebrates a long-gone lifestyle. At 30, Ms. Brown often finds herself waxing sentimental.

“We were part of a scene,” she said. “Today, when everybody has their own niche band they’re listening to, it’s hard to determine what a scene is.” 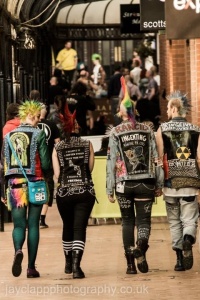 Sure, it was a decadent time, one that fashion today has romanticized. “Sex and drugs were flying in the night life, especially during Fashion Weeks,” She said. “Still, there was an innocence. People were able to create art and newness, and there weren’t so many megabosses breathing down their necks, demanding, ‘Make that perfume, give us those sunglasses, give us that bag!’ ” but today,  Designers, stylists , models, all of it is a profession and we are all professionals.it is a business, there’s nothing personal about it,its about the mass.

Talking about those times cant be complete without the music scene and the kind of influence it had over the people. So Pearl Jam wrote about domestic abuse, illiteracy, the maltreatment of the mentally ill. Nirvana looked at alienation, rape, stultifying conformity. Alice in Chains dug deeply into the black hole of addiction. Soundgarden pondered the search for meaning in an indifferent universe. Courtney Love wrote ferocious lyrics about misogyny, eating disorders, sexual predators.

Aesthetically, they eschewed babes, booze and fast cars for cropped hair, college degrees and ever-present frowns. And they lived out their principles in concrete, courageous ways. Music for them became the ultimate expression and fusion of most of the defining cultural, ideological and social threads of the modern western world. Feminism, liberalism, irony, apathy, cynicism/idealism (those opposite sides of one frustrated coin), anti-authoritarianism, wry post-modernism, and not least a love of dirty, abrasive music; the subcultures reconciled all these into a seminal whole.

Subcultures in pure terms is an attitude, a rebellion against convention, outdated & austere thought and way of living. What one wants to base this mutiny around is a personal choice. One may generalize the sentiment but not the root cause behind it; although there are those distinctive characteristic traits of the sub-culture that constitute the generic periphery of it. 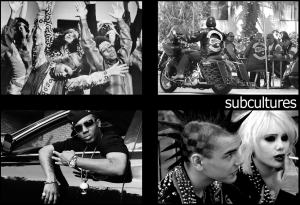 For that generation, it was more than just music, or fashion: it was subterfuge, knowledge, philosophy, empathy, wit, courage, love, desire and anger, and it saddens me that nothing has truly replaced it. Sure, there will always be musicians who are politically aware, socially concerned, risk-taking; not everyone is Fred Durst. But the days when gender constructs became virtually meaningless, when brains and coolness and sex appeal weren’t incompatible, when mass popular culture transcended humble origins to become something profound, subversive and greater than itself … those days are gone. They’re in the grave with Kurt Cobain, Layne Staley and Kristen Pfaff.

PS : As promised, I’m going to be adding a small playlist along with every post i write. They are just the songs that kind of enhance the theme I would be talking about.

The second edition of the subculture post will be what Modern day version of these subcultures look like and my attempts to try and recreate them.

Oh! I found this really interesting page where all Subcultures are covered beautifully and distinguished properly. Its a must read for anyone wanting to know all the subcultures in detail.